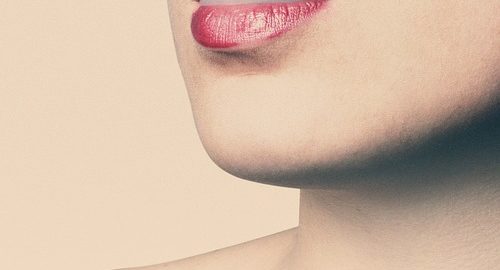 With cases of vaping sickness popping into the media lately, we asked our pharma safety expert Linda Barducci to tell us about any possible dangers associated with E-cigarettes. 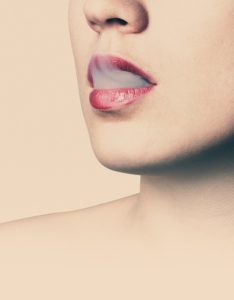 The response of different countries to the current vaping crisis underlines a deeper difference in the approach to e-cigarettes. UK health bodies are leading a push for e-cigarettes to be accepted as a way of getting people to quit smoking traditional cigarettes, in Germany a recent report concluded that while e-cigarettes may help smokers quit, they should be regulated more strongly to reduce the public’s use of the products, whilst in the USA cigarette alternatives are thought to encourage people to start smoking.
The UK is Europe’s No 1 vaping market with an estimated 6.3% of the adult population using such devices. A YouGov survey published in June revealed that 1.6% of 11-18-year-olds in the UK reported using e-cigarettes more than once a week, whereas according to a recent survey in the USA 1 in 4 high school students were regular vapers. The fact the number of teenage vapers is lower in the UK is probably due to vaping companies being prohibited from targeting teens and adverts being banned which show e-cigarette users who appear to be under 25. It should also be noted that Europe has lower limits on nicotine levels in e-cigarette fluid, permitting a maximum of 20 mg/ml compared with 59 mg/ml products available in the USA.
So far in 2019 the UK authorities have apparently received seven reports of adverse reactions suspected to have been caused by vaping, with no fatalities. However, in the USA there are currently 380 possible cases of severe lung disease due to e-cigarettes (eg devices, liquids, refill pods, and cartridges) covering 36 States and the US Virgin Islands. This has led to the Centers for Disease Control and Prevention (CDC), the health protection agency in the USA, to publish interim guidance. The information below reflects the information available as of 06 September 2019.
Individual cases plus five published reports of multiple cases describe an illness affecting the lungs possibly associated with e-cigarette use. According to these reports, symptoms include respiratory problems, which may involve a non-productive cough, shortness of breath, and a sudden and intense sharp, stabbing, or burning pain in the chest when inhaling and exhaling which is made worse by deep breathing, coughing, sneezing, or laughing. These symptoms seem to appear over several days to several weeks before the individual is admitted to hospital. Other symptoms might include a fast heartbeat, fever, chills, or tiredness. Some individuals have reported gastrointestinal problems, which have occurred prior to the respiratory symptoms, and have included nausea, vomiting, abdominal pain, and diarrhea. Most of the patients were admitted to hospital due to an abnormally low level of oxygen in the blood which, in some cases, progressed to respiratory failure. Many patients were initially diagnosed with an infection and given a course of antibiotics with no improvement. However, those patients given corticosteroids have improved.
The suspected cause of this illness has been put down to chemical exposure through e-cigarette usage as the only consistent cause identified so far is that all the affected patients used e-cigarettes. No evidence of an infectious cause has been found. Most of the individuals reported using e-cigarette products containing cannabinoids such as THC, whereas some only used nicotine-containing products and some reported using both. While no one substance has been identified as the culprit, many samples have shown high levels of vitamin E acetate. Vitamin E is typically used as a supplement or added to skincare products but people are adding the oil and other substances to cannabis products to make the extracts form a vapor. It should be noted that vaping liquids that contain THC are hard to find in Europe, which may explain why the EU hasn’t seen a similar number of cases as in the USA.
In their interim guidance the CDC encouraged doctors to consider e-cigarette-associated lung disease as a possible diagnosis in patients with lung disease and a history of e-cigarette usage and to report possible cases. Efforts should also be made to determine if any remaining product, devices or liquids are available for testing.

They also stated that whilst the investigation is ongoing it is recommended that the public should consider not using e-cigarettes. Those who do use them should monitor themselves for symptoms (eg cough, shortness of breath, chest pain, nausea, vomiting, or other symptoms) and seek medical attention for any health concerns. The CDC also emphasised that it is important that e-cigarette products should not be bought “off the street”,  modified or have any substances added that are not intended by the manufacturer. E-cigarettes should never be used by youths, young adults, pregnant women or by adults who do not currently use tobacco products. They recommended that adult smokers who are attempting to quit should use evidence-based smoking cessation treatments and contact their doctor for advice.

A website has been created to allow individuals to obtain up-to-date information: https://www.cdc.gov/tobacco/basic_information/e-cigarettes/severe-lung-disease.html