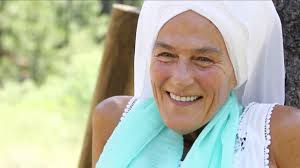 As promised this is the Part TWO of the beautiful interview I had with Gurmukh. Here she gives further advice about male-female polarity and how to utilise these natural powers within our lives. 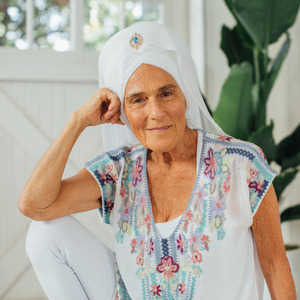 BW: I would quite like to go back to what you said at the beginning, the world is changing, and it’s going to take five generations now (until it completes the change). What really interests me are two things – how do we bring girls at this time, and even more importantly how do we bring boys, because there is a lot of confusion. I have been thinking about this quite a lot. I think if we’ve given advice for the girls, we also have to help boys been brought up in the sort of right way, really to understand where we’re going with this. What is your advice on this?

G:  Right, right right right. Well I think throughout all the years, man has never found happiness from what he’s been doing, and that’s trying to find happiness on the outside of him, when I say with power, with money, with everything, but more and more men are seeing there’s gotta be something else, and I think if you start them young.. I’m understanding first, we need men and women to keep the human race going, the man is ruled by the sun, which is one direction, direct, hot, strong. A woman is ruled by the moon, which is 28 days of waxing and waning, so she has a different being about her, and the complementary from the sun and the moon is so beautiful, but oftentimes women end up wanting to compete with men, they want to be the sun, and men aren’t that complicated. Women are pretty complicated, because every 3 days our moods change, our hormones change. I say “Any man that tries to figure out a woman is a fool”, because every time he thinks he’s got her, she changes, because that’s who we are, just like the Moon, and the honouring has to come of a man to a woman, and a woman to a man, again back to the womb. They’re watching a show while they’re in the womb, while they’re cells in her body, they’re watching how mom and dad relate to each other, then they come out for the first 3 years, and they watch – how does it work, and sometimes it works where they grow up and they’re rapists, because that’s what they saw, sometimes they grow up as alcoholics because that’s what they saw. And sometimes they grow up to be very lovely and kind men, and women,  because that’s what they saw. At this point, we have enough people on the planet – way too many, but does that mean you shouldn’t have children? No. Because it’s not just a cute little thing to have a baby – it’s a big responsibility – you’re the caretaker, you’re the teacher, and it goes for the rest of their life, and if you want a child just to be entertained, or because you think you should, or you think they’re cute, or you want to be around God more, which is one reason people have children. I mean it sounds kind of harsh, but “get a dog”. Don’t have a child if you’re going to leave your child more hours of the day with somebody else than yourself. A child chose you as a mother. It didn’t choose a nanny, and some women think they need to have a child, the biological clock… in fact some women are even embarrassed to say that they don’t want children. That’s fine, you can be a mother to ALL children. So many children need love, need help. I feel people should take very seriously bringing another child into the world. And not to feel guilty if they choose not to. There’s so much work that can be done without having your own child, and that’s how I’m feeling these days.

G: Yeah. I feel for a woman, if she doesn’t develop a meditative mind, she will never find happiness, she will never find joy, because she’ll keep looking for it outside of herself, either a man, a teacher, having kids, having a lot of dogs, climbing up the corporate world to a career, and materialism, money, every single thing. Not that all that isn’t good, but if she doesn’t have a knowingness of herself, through meditative mind, we say to rise before the sun comes up, that’s when you can do what we call SADANA. You get up and you’re by yourself, and maybe the whole city is asleep – so you have the city – it’s yours, and you get up, and maybe your ritual is prayer, maybe it’s prayer and meditation, maybe it’s yoga, but it needs to be done on a daily basis, at least I would say an hour, so you can have your own identity, and you won’t get shaken when you go out into the world, you won’t get disturbed by whatever happens. You will keep that light – that neutral mind. Otherwise you’re just like a wave in the ocean, you’re just here, there – you’re up, you’re down, without that strength within yourself, you just don’t stand a chance, and also it gives you good health, it gives you energy, and it gives you more time that you can help people. 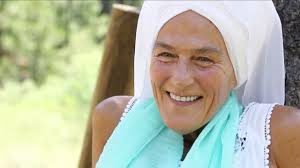 Having professional interest in this I spoke to Gurmukh about teaching children and young people to meditate . I asked her for advice and opinion, and this is what she said:

GW: I’m so glad you’re doing something. Because children – their hard lives, so their unconscious prayers, they can be turned around. They’re still mouldable, they’re still soft clay. When someone gets 40, 50, 60, it’s pretty hard to turn them around, and any way that we can teach them in schools, any way we can touch – because these children are very evolved – so much more than we ever were, because that’s the only way the creator can ensure, or at least have as much as we can to change the planet – you’re not going to get all these government guys, even get anything about global warming. Maybe a few of them, but look at all the kids that are out, you know just going for the change that needs to be happening, they’re young people, and so you get the next generation of young people, and they’ll just look at like cows, and they won’t even imagine how anyone could cut their head off and eat them. It’ll just look like something like science fiction or 1984 to them.

(If you are teaching young people ) keep it rolling because it’s pretty prevalent in America, there’s so much going on. It’ll be a chain reaction, more people will want to come and teach, your adults will have experience and it’s clandestine to take off faster than we can even imagine, just feel the revolution no-one could imagine in the 60s and now look at it!

Where do I find Gurmukh?

I asked Gurmukh where people can find her in the UK and online. She is in the UK this Autumn and Winter again. She trains new teachers and runs immersion weekends in Camden . Her next one is at the end of September. The link is here:

Gurmukh’s schedule is incredible. She is constantly on the move. If you want to catch her somewhere else in the World the best place to look her up is in the famous celebrity Yoga place in LA Golden Bridge Yoga . They publish her schedule here  http://www.goldenbridgeyoga.com/gurmukh-on-the-road/

For people who prefer to do yoga at home in their own space she also teaches online and is easily found here https://www.alomoves.com/series/kundalini-rising 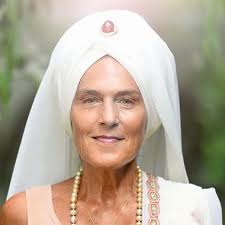 If you have any questions for Gurmukh please email us here or pop your question in the comment box below. We will do our best to ask Gurmukh for you and knowing her she will most likely reply!