Mail us : editor@berkshirewoman.com
Berkshire Woman and Family > Education > Is there any value in Religious Education in schools? 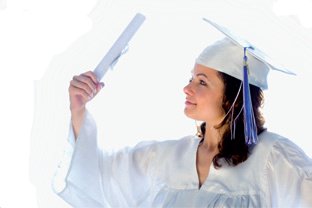 Religious Education (RE) in the 21st Century is a far cry from RE in the 1950s and even the 1980s in this country. With the introduction of what is known as a ‘phenomenological approach’ to RE in the 1980s, a system which presumes an objective approach (by both teacher and pupils) towards the studied subject, RE changed from purely Christian education to an academic study of worldviews.

Today RE teaches about six main religions in the UK with a strong accent on Christianity in most schools. However, pupils are expected to have a thorough knowledge about all other main religions in this country. At later stages (A Level) RE is taught as Philosophy of Religion and is one of the branches of Philosophy. Apart from religious views, Humanism is taught as a worldview and is a compulsory part of RE textbooks. While in the past RE was mostly taught by a stereotypical religious person (often a priest or a nun) today RE attracts a large number of atheist teachers especially in the area of Philosophy of Religion. Scientific theories are represented fairly and compared to religious beliefs covering the common areas.

This is not just because a large number of pupils (and their families) are not religious and have no religious beliefs of any kind but because education is seen as catering for all pupils which are equally represented within the curriculum, as much as practically possible. Non-religious beliefs are also worldviews and as such belong to RE. However, RE is an academic study of religious worldviews and predominantly teaches about religious doctrines of the World.

Recently, the government has changed large chunks of the National curriculum with English, Maths and Science being the main subjects demanding more hours within a school week. RE and some other subjects have been heavily affected by this change in some schools. The question here is how will this affect the generations to come?

Children in the 21st century live in multicultural societies in which worldviews differ greatly and where tradition and religion are closely linked to social behaviour. They also live in a world which is less and less determined by country borders and distances counted in mileage. If future generations grow up unaware of the worldviews of others (whether they are religious or humanist in nature) they will not have a clear picture of the World they live in. Here we must not forget that according to numerous researchers the Western society is growing more and more secular where the desire to ‘develop an individual’ is often focused inwards and less towards organised religion or a spiritual group.

However, behind the scenes religions are growing in the World and some very rapidly at that. Some religions are in serious decline while others are attracting more and more followers. Some New Religious Movements (known under the suffix NRM) are attracting followers at a very fast rate and if growth develops at the same rate some could turn mainstream faster than we might expect. Human beliefs are undergoing dramatic development as we speak. Population is growing at the same time. Spirituality in the World has far more outlets now with the development of technology-fuelled social networks. There are no limits to how far or how fast any idea can travel and how many people it can reach at any time. To see this all we have to do is to pay close attention to current affairs.

Human beliefs and ideas have proved to be one of the most powerful drives for change in the history of humanity. They have driven wars, revolutions, technological and scientific development and most dramatic social changes. At times ideologies have proved far more powerful than armies. Human beliefs are an integral part of our world affecting everything from sociology to financial and political trends. Beliefs are contemporary to our times just as much as they were in the Middle Ages. In today’s world understanding peoples’ beliefs is a matter of general knowledge and a matter of understanding current affairs, rather than a sign of religious outlook.

So, do we leave the question of human beliefs to individual families (and their personal beliefs) or do we let well-informed professionals teach it in schools? In the era where parents still think that RE is a subject “that makes children religious” is there any value in having RE in schools and if so what is it?

Lately also hypocrisy in society is on the rise, partly due to bad press about the quality of education in mainstream schools. We see more and more parents christening their children purely with the aim to get them into good schools while in reality religion holds no place of any significance in their lives, and they are very likely to declare themselves as completely non-religious in their social circles.

Denying or undervaluing the existence of religious beliefs does not make it any less real or less present in humanity’s social, emotional, political and spiritual make up. Human beliefs are here whether someone likes that or not. If modern RE as a specialist academic subject is not going to teach about the human worldviews who will? This is the question each one of us has to answer for ourselves.