Mail us : editor@berkshirewoman.com
Berkshire Woman and Family > Food & Drink > It’s a Diamond Jubilee so it has to Sparkle 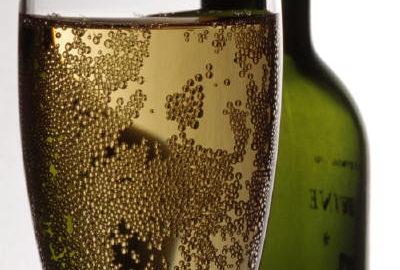 How to toast the Queen’s Diamond Jubilee?

Almost uniquely amongst winemaking countries the English buy and drink very little of their own wine.

It’s not really a vine-growing nation, England, being half a degree north of the typical wine-growing latitudes between 30 and 51 degrees (N). England only makes two million bottles itself. To put that into context, the nation is the world’s largest importer, bringing in 1.6 billion bottles of wine.

Viticulture is labour intensive and this makes English wines very expensive to make and, like all alcohol, wine is also very heavily taxed so that too acts as a deterrent to we local would-be buyers.

What’s more, winemaking here in England has historically therefore been very much the preserve of enthusiasts, many of whom were hobbyists not dependant on the income from their wine sales for a livelihood.

Consequently distribution of wine made in England is really poor. Very few wine merchants nor supermarkets (by far the biggest retailers of wine here in England) even stock English wines: most are sold at the wineries, many of which are also forced by circumstance to be managed as visitor and tourist attractions.

There is one wine style at which England excels. Really excels. Champagne.

It can’t be called Champagne of course, but to all intents and purposes that’s what it is.

Crafted from Pinot Noir, Pinot Meunier and Chardonnay, it’s made from the same three grape varieties using the méthode traditionnelle – traditional method – as Champagne. And the grapes are even grown on the same layer of chalk soil that extends geologically beneath our feet all the way from England to Champagne.

Surely you won’t find a better nor more patriotic way to toast the Queen’s 60th Anniversary than with a drink whose possibilities owe so much to the English?

Top of my list of English Sparkling Wine producers is RidgeView Winery, high up on the rolling South Downs of the very English county of Sussex.

The wine names themselves are redolent of Englishness and therefore ideal to toast the Queen: Bloomsbury, Cavendish, Fitzrovia, Knightsbridge and Belgravia. And I understand RidgeView bubbly was served at the Queen’s 80th birthday party.

No wonder. Bottles can be found in the food halls of London’s top department stores Harrods and Fortnum & Mason and on the shelves of leading wine merchants plus upmarket supermarket chain, Waitrose.

RidgeView offers all the styles. Grosvenor is a 100% Chardonnay Blanc de Blanc; Fitzrovia a Brut Rosé. South Ridge Cuvée Merret is named after Christopher Merret, the Englishman who in 1662 published one of the first known scientific papers on the production of sparkling wine.

As I write, Laithwaites, itself something of an English institution, has Cuvée Merret 2009 on offer at just £15.99 a bottle, which prices it right alongside Champagne when you order half a dozen. Probably enough for a modest celebratory Jubilee lunch or dinner.

Other notable English Sparkling Wine producers include Nyetimber, whose 2001 Brut Chardonnay is exceptional and creamy, Gusbourne Estate, Hush Heath from Kent, Camel Valley in Cornwall, Chapel Down and Carr-Taylor.

Majestic stocks the Chapel Down range of English sparkling wines from £14.99 a bottle along with the vintage Nyetimber Classic Cuvee 2004 at £24.99.

John Alexander is the author of the forthcoming wine guide, The Wine Rules